The Manor at Rogoznica


In the area of Ptuj there were numerous castles in the Middle Ages, some of which are known only by name. During the incursions of the Turks in the 15th century, most of them were destroyed by the nobles of Ptuj, so that the enemy was not able to use them as bases for their attacks. In the land register (Urbar) from 1498 we can read about the demolition of such buildings. Later, the castles were rebuilt, but the situation was  repeated in 1532 during new Turkish incursions. All these castles, which were at first fiefs of Ptuj or Salzburg (later land princedoms), were rebuilt. They vanished mostly in the Modern Age, with the decline of feudalism. Some of the main ones were Srednji dvor (1282), Breunerjev dvor (1432), Raumschüsslov dvor (1355), Opečni dvor (1438), Plechlov dvor (1572), Dvor Pichl in Spuhlja (1322), Platzerjev or Breunerjev dvor (1478), Rogozniški dvor or Purgstall (1466)...the year in brackets means when it was mentioned the first time.

In 1466,  Friedrich von Rat, the guardian or trustee of Ankenstein (Borl, a castle south and east of Ptuj), was granted  or invested with a fief by the Archbishop of Salzburg a Hof (farm or court) and two properties, situated near Ptuj on the highroad to the east, on which lived Mathe (Matej) Müller, who perhaps was the previous owner. The highroad lead to Friedau (Ormož), and is the old Roman road. The road crossed the brook at the village of Rogoznica and lead in a straight line to the church of St. Margarethe, and is still partly preserved. Ragosnitzhof took its name from the stream Rogoznica, and is now a section of Ptuj, having been previously a separate village. The Rogoznica stream still flows into the river Drava. There was a manor which was surrounded by ponds, and consisted of a mill (the mill building is still standing), different types of lands, pastures, and subjects. For some time there existed a stone wall running directly from the city wall of Ptuj and ending at this site. The stream Rogoznica was diverted around the small castle as a moat. Inside the moat existed stone walls enclosing several structures. The moat still exists, but no longer contains flowing water from the nearby Rogoznica stream. The present occupant, our cousin Angela Tement (born Kramberger, descended from Matija Golob, or Gollob in German), remembers wagons still hauling away stone from the walls when she was a child.


We will reconstruct the ownership as best we can from the sources available to us in chronogical order. After Friedrich von Rat in 1466, Reinprecht Hollenegger inherited the estate in 1478, around 1500 the manor was still named "Holleneggeerhof" after him; soon from 1479 until 1492 Hans von Saurau; next in 1498, the families Gleinz and Aspach; (Baron) Georg Freiherr von Herberstein in 1528; (Baron) Hans Friedrich Freiherr von Herberstein in 1601; in 1632 Hof Purgstall in Ragoznica was an estate of the Monastery Göß (now part of Leoben, Styria, Austria), with 67 subjects in the region of Ptuj and Ormož; then in 1645, Polikarp of Ptuj, a descendant of von Herberstein; then Georg Ölberger in 1655; next Johann Khalhamer von Raunach in 1665; Valentin Griesenauer in 1667; in 1674 (Baron) Franz Georg Freiherr von Helfenberg, and in 1676 his brother, (Baron) Friedrich Georg Freiherr von Helfenberg, who died in Ptuj from the plague (  1680 and is buried together with his wife in the crypt of the Minorite Monastery in Ptuj); from 1680 the owner was (Baroness) Maria Katharina Collambian Freyinn born Stich; and later (Count) Jakob Ernest Graf von Leslie of Upper Ptuj, who allowed the ponds and small castle to fall into disuse. He sold the fruitful land and he let the remainder to the mayor of Oberpettau (Upper Ptuj). To the Hof belonged, according to the Urbar, for the possessions of Rogoznica and Krottendorf (Žabjak) in 1667, a mill, many subjects, and properties. In 1723 Leopold Graf von Leslie is mentioned concerning the soldiers in Ptuj. Then, "one subject built on the wine cellar house #2, surrounded by a deep ditch, the old walls are still recognisable." 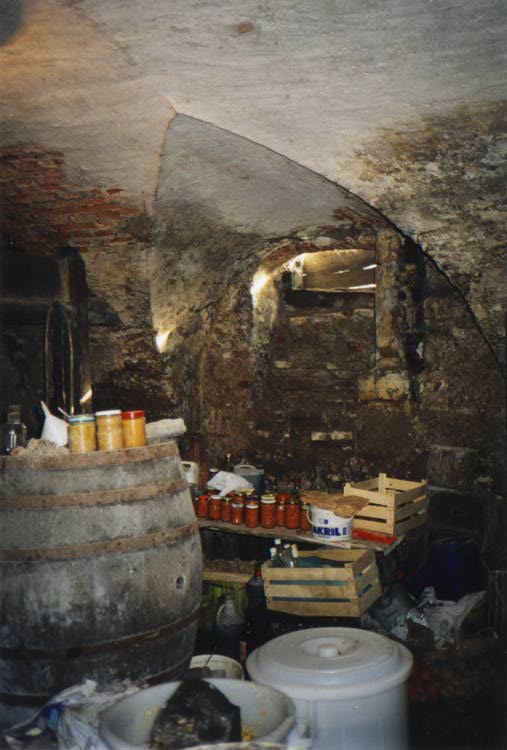 Cellar from the old wine cellar at Rogoznica 2


On further research, this "subject" is the ancestor of many in the family -- Matija Golob. According to the title deed from 1750, Matija Golob (Matthäus Gollob in German) "became his vassal and he built upon the wine cellar, which was not ruined, a firm dry house in which his descendants were able to breathe clean and healthy air." This house is still standing, having been remodeled and added onto, and the ancient cellar is still in use. The address was Rogoznica 2 for centuries until 1945, when after the war the street was renamed cesta 8. avgusta, and the house numbered 18. Matija Golob worked the mill, where the building still stands. 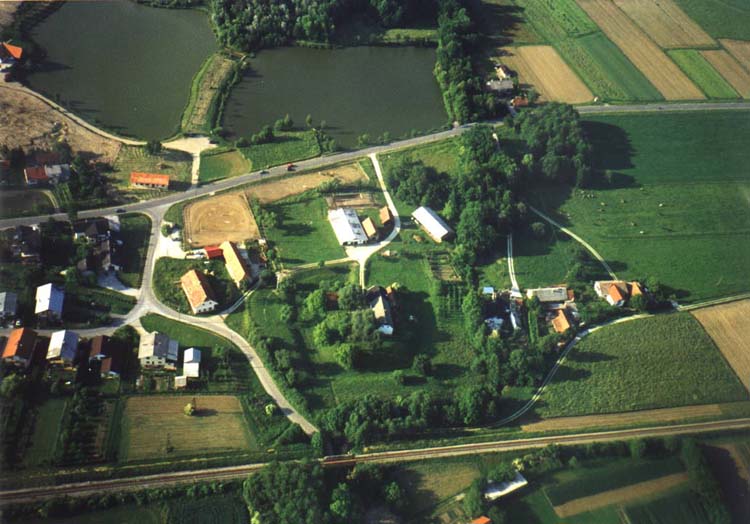 
The Plague. Next to the free house at Rogoznica, there were guards posted, because of the plague, which broke out in 1680. They had to warn everyone in the area, so that the horrible evil, which already took its victims inside of the town walls, could not spread. To make the spreading impossible, connections to the citizens to the outer communities were interrupted. This was the task of the civil plague commissioner, Mase Hermeseder. He ordered burning of each bed which was contaminated, in the open, and cleaning the surroundings by fire. He ordered the immediate removal, on behalf of the sanitary inspector Rechtlinger, the four bridge-spans on the river Drava. This was a necessity because a lot of people already had the plague and could not be saved.

On December 15th, 1723, Leopold Graf von Leslie, as delegated commissioner, held an appointed commission, which was held because of the appointment of soldiers in between the town Ptuj and the postmaster of the town, Mathäus von Rudophsthal. This resulted in the postmaster obtaining three houses. Two as post offices and the third house had to pay 6 florins to the town hall in cash, instead of providing quarters. (The last items are in the Povoden manuscript, and like many of the sources, things were not in chronological order.) 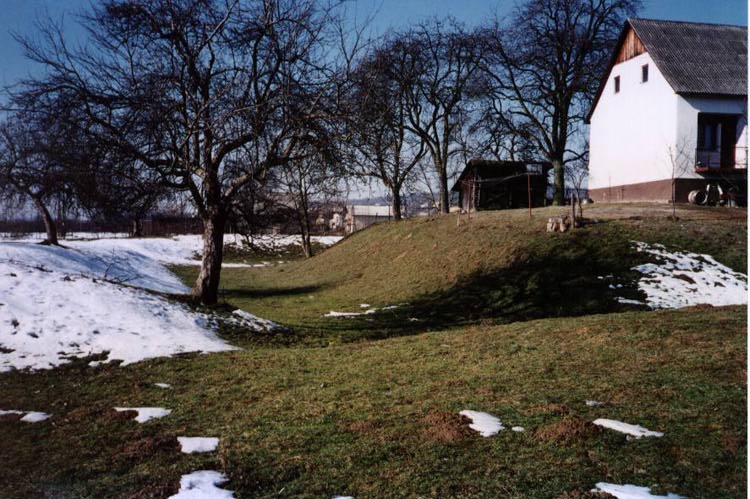 The grassy moat around the house now cesta 8. avgusta 18


On a map from 1785, the moat is represented filled with water. "There are also traces of the deep moat, which surrounded this manor and made it easy to defend. On the steep there is still a lime-tree, which gives a lot of shadow, and which must have been there already in the early history, and which could probably tell as more than I can, if it were able to speak; but it is mute and it does make me speechless," quote from the old manuscript by Povoden.


Descent from Ancestor who purchased the property in 1750

Hiding my address underneath to avoid getting spam and unsolicited viruses has not worked very well. You will have to type in my email address from the picture file above.

Please make sure you include a subject line that means something. I get so much spam that if you are unknown to me and leave it blank or it looks like typical junk I will never see it nor answer you. Put some family names or something useful in the subject line!!!